COMPUTER GAMES IN COMMUNIST CZECHOSLOVAKIA AS ENTERTAINMENT AND ACTIVISM 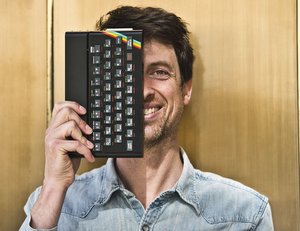 Based on the recent book Gaming the Iron Curtain, this talk will show how computer hobbyists in Cold War era Czechoslovakia challenged the power of the oppressive political regime and harnessed early microcomputer technology for both entertainment and activism. In the 1970s and 1980s, Czechoslovak authorities treated computer and information technologies as an industrial resource rather than a social or cultural phenomenon. While dismissing the importance of home computing and digital entertainment, they sponsored paramilitary computer clubs whose ostensible goal was to train expert cadres for the army and the centrally planned economy. But these clubs soon became a largely apolitical, interconnected enthusiast network, where two forms of tactical resistance could be identified. First, the clubs offered an alternative spaces of communal hobby activity, partially independent of the oppression experienced at work or at school. The club members’ ambitious DIY projects often substituted for the deficiencies of the state-controlled computer industry. Hobbyists not only built joysticks and programmed games, but also introduced new standards for data storage and ran large-scale bottom-up education programs. Second, especially in the late 1980s, local authors started making games that were openly subversive. Several anti-regime text adventure games were made in 1988 and 1989, including The Adventures of Indiana Jones on Wenceslas Square, January 16, 1989, which pitted the iconic Western hero against riot police during an anti-regime demonstration. These games rank among the world’s earliest examples of activist computer games.
Jaroslav Švelch is an assistant professor at Charles University, Prague. He is the author of the monograph Gaming the Iron Curtain: How Teenagers and Amateurs in Communist Czechoslovakia Claimed the Medium of Computer Games (MIT Press, 2018). He has published research on history and theory of computer games, on humor in games and social media, and on the Grammar Nazi phenomenon. His work has been published in journals including New Media & Society, International Journal of Communication, or Game Studies, and in anthologies published by Oxford University Press, Bloomsbury and others. He is currently researching history, theory, and reception of monsters in games.
Wykład w języku angielskim odbędzie na na platformie Zoom w poniedziałek 17 grudnia (czwartek) o godzinie 18:00.
Link: https://us02web.zoom.us/j/84706489464?pwd=THp5d051ZW5CL2NOclpwa1EzcXhiUT09
Kod spotkania: 409828