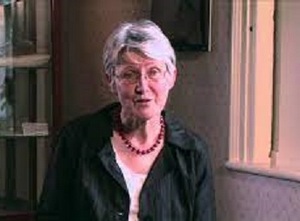 Pracownia Badań nad Procesem Twórczym
zaprasza na wykład
prof. Kathryn Sutherland (Oxford)
17.11.2022, g. 18.00 czasu polskiego
Platforma ZOOM:
https://us02web.zoom.us/j/2187583567?pwd=Rmh3NGZxRVc0eHpqOU5JbHgxSXdhZz09
Meeting ID: 218 758 3567
W programie
1. Inauguracja nowej serii wykładów: “Spaces of  Creativity, Creating Space”.
2. Kathryn Sutherland (University of Oxford)
“In little room: Jane Austen’s manuscripts as performance space”
Usually we think of literature as occupying immaterial space, but a writer’s manuscripts take us into the workshop where creation happens.  They are physical objects and they are highly emotive objects.  Inside the spaces where they were written they have enhanced embodiment.  You cannot substitute a house for a manuscript, but both spaces may represent the interior life of the writer who inhabited them. By reconnecting the act of composition with the space of writing, the creative act takes on greater physicality while the house itself becomes an imaginary space.  This paper will probe the link between materiality and creativity by considering the space of writing, which is both the tiny sheets of paper onto which Austen wrote and the family sitting room, the place where she wrote. It argues that the two together shaped the way she wrote—both how she conceived her stories and the spaces within which her characters move and interact. Using evidence from forensic bibliography and literary criticism it attempts to ground the imagined in its materials.
Professor Kathryn Sutherland is Senior Research Fellow, St Anne’s College, Oxford.
Her most recent book is Why Modern Manuscripts Matter (Oxford University Press, 2022), a study of the politics, commerce, and the aesthetics of heritage culture in the shape of authors’ literary manuscripts.
3. Dyskusja
Dr hab. Mateusz Antoniuk prof. UJ
Kierownik Pracowni